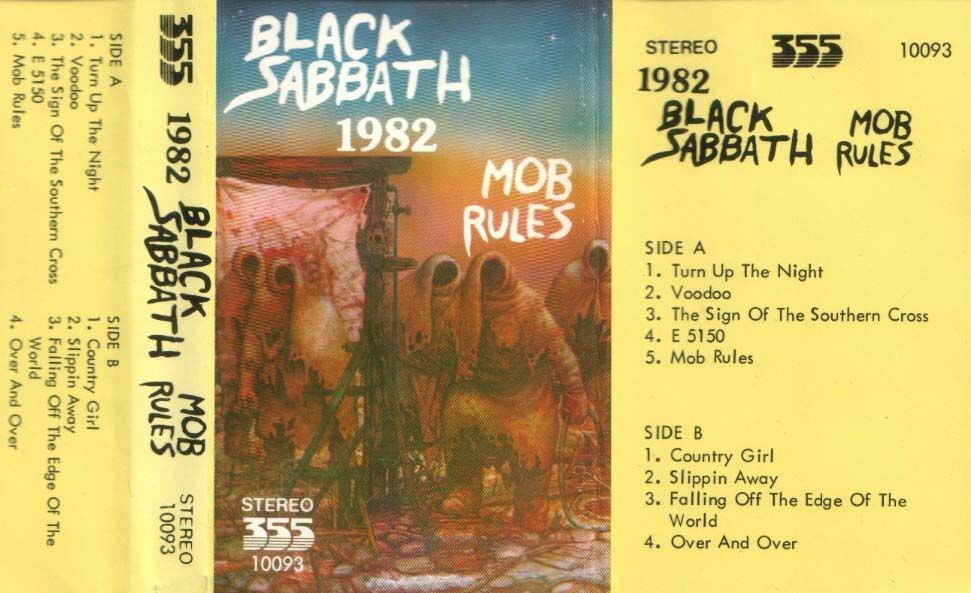 It followed 's Heaven and Helland it was the second and last Black Sabbath studio album to feature lead vocalist Ronnie James Dio until the album Dehumanizer. Produced and engineered by Martin Birchthe album Turn Up The Night - Black Sabbath - Mob Rules an expanded edition release in The first new recording Black Sabbath made after the Heaven and Hell album was a version of the title track " The Mob Rules " for the soundtrack of the film Heavy Metal.

The track "E" is also heard in the film but not included on the soundtrack. Initially the band hoped to record in their own studio to save money and actually purchased a sound desk; Winter In America - Paris - Acid Reflex, according to Iommi, "We just couldn't get a guitar sound.

Bill was one of his favourite drummers and so he knew all his parts and my bass parts and he adjusted accordingly to everybody in the band. He was brilliant. He came in and totally filled in Bill's shoes. In an interview for the concert film Neon Nights: 30 Years of Heaven and HellButler cites "The Sign of the Southern Cross" as Turn Up The Night - Black Sabbath - Mob Rules favourite Mob Rules track because "it gave me a chance to experiment with some bass effects".

The album was the last time the band worked with producer and engineer Martin Birch, who went on to work with Iron Maiden until his retirement in Iommi explained to Guitar World in"We were all going through a lot of problems at that time, most of it related to drugs.

Even the producer, Martin Birch, was having drug problems, and it hurt the sound of that record. The seeds of discontent appear to have sprouted when Dio was offered a solo deal by Warner Brotherswith Iommi stating in his memoir, "After the Heaven and Hell record became such a great success, Warner Brothers extended the contract at the same time, offering Ronnie a solo deal.

Falling Off The Edge Of The World I think about closing the door and lately I think of it more I'm living well out of my time I feel like i'm losing my mind I should be at the table round a servant of the crown the keeper of the sign to sparkle and to shine Never, no never again!